Climate Change and the Future of the Amazon

Join us for an important conversation that will focus on one of the most threatening examples of Climate Change: Fires in the Amazon. 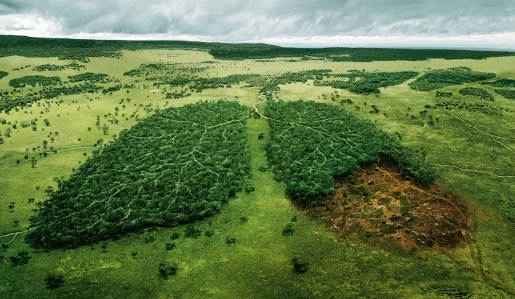 There are currently no tickets available for this event, but you can still make a donation.

Climate Change and the Future of the Amazon

Climate Change has been one of the most, if not the most, talked about global issues in the last year. Mass protests, particularly from younger generations, and countless reports from scientists around the world have brought this issue front and center in the international community, declaring climate change an imminent crisis. With fires in the Amazon, California, and Australia, and the rising biological death toll, it would appear that the threat is imminent. And while the U.S. government refuses to prioritize tackling climate change, in 2019 all other G20 nations have reaffirmed their commitment to the global issue. Moreover, the corporate world is also beginning to take notice and react. For example, Jeff Bezos of Amazon recently announced “climate neutrality” by 2040 for the retail giant.

However, when looking closer at one of the most threatening examples of climate change, the Amazon fires, we see the economic complexity of environmental conservation. In the summer of 2019, the Amazon rainforests, also known as the lungs of the earth, caught fire and burned for weeks, with nearly three times as many fires compared to the average for the dry season. The world reacted loudly to the fires, with dozens of protests, threats of financial penalties, and broad condemnation of the Brazilian president, Jair Bosonaro. And while the fires eventually quelled, broader issues still remain. What is being done to stop the cutting and burning of valuable natural resources like the Amazon rainforest? What is the economic future of Amazon agriculture? What does this mean for the indigenous people who are trying to create a better life?To help us understand this important issue, we have invited Dr. Daniel Nepstad, President and Founder of Earth Innovation Institute. Dr. Nepstad has worked in the Brazilian Amazon for more than 30 years. He co-founded the Amazon Environmental Research institute and has been published in more than 160 papers and books on the ecological processes, frontier dynamics and public policies that are shaping the Amazon region. Dr. Nepstad holds a PhD in Forest Ecology from Yale University.